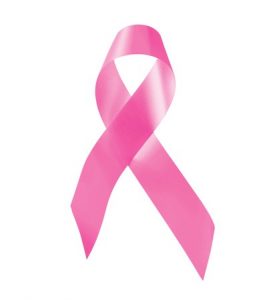 October is National Breast Cancer Awareness Month and over the course of the month, you’ll notice many organizations, sports teams, businesses, and so forth going pink to raise awareness of breast cancer and create support for those affected by it. Even if you have not had breast cancer, you likely know someone that has. It is important to make people aware of breast cancer and the risks that come with it and a large non-profit organization is doing that through bright pink wigs.

The Susan G. Komen non-profit organization, who has headquarters in Texas but branches all over the United States, created an awareness campaign called the “Komen Big Wigs Campaign.” The campaign is intended to encourage both corporate and community leaders to participate in the fight against breast cancer.  Individuals that participate in this campaign are referred to as “Big Wigs,” which is a spin on the poplar phrase referring to someone of importance while still referring to a physical wig.

Corporate and community leaders that participate are being challenged to raise a minimum of $1,000 which will go towards our fight against breast cancer. Each “Big Wig” is given an extravagant pink wig to wear to events that they attend in order to raise awareness of their mission. By doing so, they help other people recognize what they are doing, why they are doing it, and to make a donation if they feel compelled. Health care professionals have worn the wigs into their patients rooms and corporate management has worn their wigs into the board room.

Stylistics believes that this campaign is a great cause to raise awareness for National Breast Cancer Awareness and we especially love that it is centered around wigs. What do you think about pink wigs? Share with us in the comments below!

Stylistics Inc. Is Partnering with On Stage Hair Extensions
At Stylistics Inc., we work hard to ensure that you have the hair extension and treatment options available to make your hair healthy and beautiful.

How to Care for Your Wig in the Winter
As the fall weather grows cooler here in Arizona, we are reminded of how important it is to protect both your natural hair and your

How to Detangle Your Wig in a Few Simple Steps
As hard as we all try to keep our wigs sleek and tangle-free, knots and snarls can easily happen. Whether you get caught outside on

Call for an Appointment!